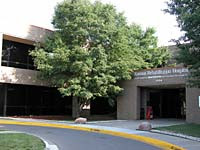 Tomorrow is my last day at Kansas Rehab. I've really enjoyed my stay, Got in lots of exercise, learned tons of new stuff and met some nice people. The environement was one of healing and getting better and although some folks fought the process most were willing to do whatever it took to get better. I have mixed feelings about leaving. Part of me wants to stay and be taken care of and take Andy's thera-band class, and do PT with Francis, and all the other fun physical training I've been doing. But it's time to go home and get back to work. I won't be able to bear weight on the ankle for at least 3 more weeks which should make getting around home quite interesting. I have a wheelchair, a walker, and a cute little bench for the shower. I'm hoping I can get my wheelchair up the new ramp built onto my front porch. Tomorrow will be the test. I don't know what I'll do about my laundry since the washer/dryer are in the basement and I can't go down the stairs. I guess I'll have to ask for help. That will be difficult. I've already asked so many people to do so much for me that I feel I'm running out of goodwill.
More later...
Posted by Johanna B at 6:49 AM No comments:

Signs of a Stroke 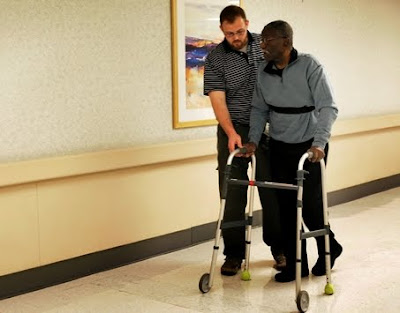 Got this info from my Fort Worth friend Ken and Carrie. Thanks for the good info. I havent' had to live through this one but my mother did.

This is good info--pass it on. Blood Clots/Stroke - They Now Have a Fourth Indicator, the Tongue STROKE:

Remember the 1st Three Letters.... S. T. R. STROKE IDENTIFICATION:During a BBQ, a woman stumbled and took a little fall - she assured everyone that she was fine (they offered to call paramedics) .she said she had just tripped over a brick because of her new shoes. They got her cleaned up and got her a new plate of food. While she appeared a bit shaken up, Jane went about enjoying herself the rest of the evening Jane's husband called later telling everyone that his wife had been taken to the hospital - (at 6:00 pm Jane passed away.) She had suffered a stroke at the BBQ. Had they known how to identify the signs of a stroke, perhaps Jane would be with us today. Some don't die. They end up in a helpless, hopeless condition instead. It only takes a minute to read this... A neurologist says that if he can get to a stroke victim within 3 hours he can totally reverse the effects of a stroke...totally. He said the trick was getting a stroke recognized, diagnosed, and then getting the patient medically cared for within 3 hours, which is tough... RECOGNIZING A STROKE Thank God for the sense to remember the '3' steps, STR . Read and Learn! Sometimes symptoms of a stroke are difficult to identify. Unfortunately, the lack of awareness spells disaster. The stroke victim may suffer severe brain damage when people nearby fail to recognize the symptoms of a stroke. Now doctors say a bystander can recognize a stroke by asking three simple questions: S *Ask the individual to SMILE.T *Ask the person to TALK and SPEAK A SIMPLE SENTENCE (Coherently)(i.e. It is sunny out today.)R *Ask him or her to RAISE BOTH ARMS. If he or she has trouble with ANY ONE of these tasks, call emergency number immediately and describe the symptoms to the dispatcher. New Sign of a Stroke -------- Stick out Your Tongue NOTE: Another 'sign' of a stroke is this: Ask the person to 'stick' out his tongue.. If the tongue is 'crooked', if it goes to one side or the other, that is also an indication of a stroke.
Posted by Johanna B at 10:12 AM No comments:

Well guys, this is the second Sunday I have spent at Kansas Rehabilitation Hospital with a broken ankle. Two weeks ago (on my birthday of all days) I fell and broke it in two places. Had to have surgery and now have two titanium plates, a small brace and a bunch of screws in my right ankle. I am unable to put weight on that foot and will be for awhile so I am in rehab learning how to deal with living on one foot. I think I get out on Tuesday.

While I was in the hospital my house was robbed. They took all my appliances includeing my new window air conditioning unit and all my electronics. Going home will be a lot of fun.

Has anyone tried Theraband? I am in love with it. We use it in one of my rehab classes. I was surprised at the great workout I got. I'm looking for a book with some instructions so I can continue to use it at home. 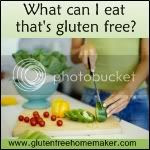